No Call Out Fees

At Aquatek Plumbing & Gas, we pride ourselves on being a locally owned and operated South Australian business. Our Largs Bay plumbers and gas fitters are prompt and you can count on us at any time. 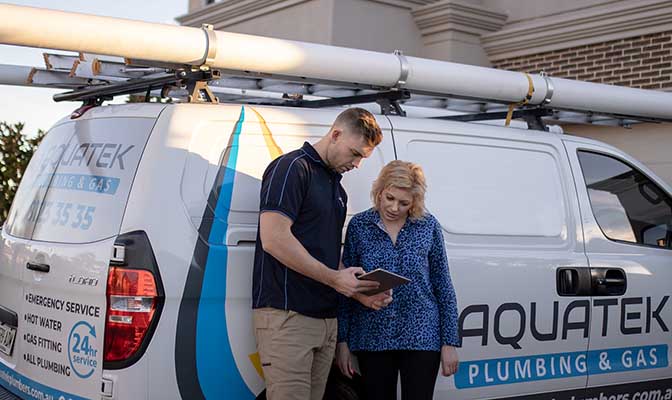 Your Plumbing Experts in Largs Bay

Do you have any plumbing issue in your home in Largs Bay? At Aquatek Plumbing & Gas we provide a wide range of plumbing and gas services for our local residents in Largs Bay.

We are always quick to respond whether it’s a major emergency or minor repairs, and our team of professional and qualified Largs Bay plumbers are equipped to tackle both the biggest and smallest jobs. As part of our first-rate customer service, we make sure that we offer competitive prices and workmanship of the highest quality.

We offer 0% deposit, interest free options, so you can pay in easy and flexible installments.

For new customers. T’s & C’s: Mention that you are first time customer when you book with us.

We provide a comprehensive range of plumbing and gas fitting services across the greater Adelaide metropolitan area. 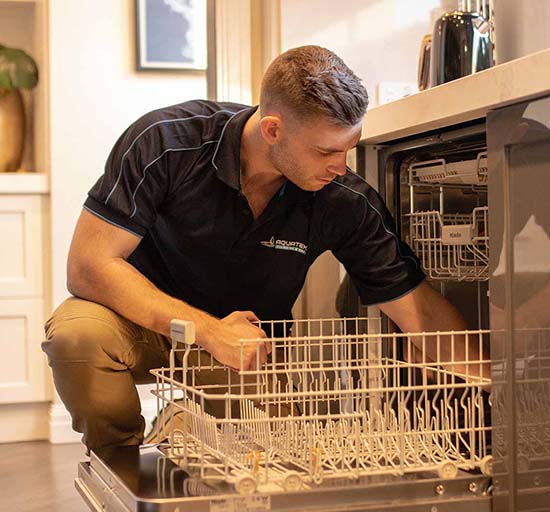 our services in Largs Bay

Our experienced team of Largs Bay plumbers and gas fitters have wide-ranging skills and expertise, which means that you can count on us for all your plumbing and gas needs, including:

Do You Have a Leaking or Broken Tap

We are experts in repairing leaking and dripping taps throughout your house, including in the kitchen, bathroom, laundry and outdoor area. We are equipped to deal with any type of problems that you might encounter with the taps in your home in Largs Bay, including:

Adelaide homes feature a range of different tap designs and styles, but our team of skilled Largs Bay plumbers is experienced at working with all varieties of taps, including:

When you call one of our local Largs Bay plumbers to deal with a leaking tap, we will either repair the tap or, when it is more cost-effective for you, we might suggest that a better solution is to replace any faulty taps. If this is the case, we can take care of both the supply and installation of your new taps.

In addition to fixing leaking taps, at Aquatek Plumbing and Gas we also take care of all your other bathroom, kitchen and laundry plumbing needs, including fridge, dishwasher and washing machine installation, toilet and cistern repairs, and repairing leaking pipes.

At Aquatek Plumbing and Gas, we also offer a 24/7 emergency plumbing service for Largs Bay and we can deal with broken taps, as well as leaking or burst water pipes, at any time of the day or night.

Are you experiencing a plumbing or gas emergency in Largs Bay and need help immediately?

A pipe may have burst in your kitchen and you experience flooding, your toilet may be backed up because of a blockage, or you may suddenly find yourself with no hot water. You might be able to smell gas, water may be coming back up through your shower, bath or kitchen sink, or you may have a tap that you are unable to turn off and you are at risk of water damage.

Do not put your self or your home at risk, we at Aquatek Plumbing & Gas are equipped to tackle all types of plumbing and gas emergencies without delay, such as:

No matter what type of gas or plumbing emergency you may be experiencing, and regardless of the time of the day or night, we are here to help and provide a quick and efficient solution.

At Aquatek Plumbing & Gas, we provide an Adelaide emergency plumbing service and are on call to serve you 24 hours a day, 7 days a week.

At Aquatek Plumbing & Gas, we provide a comprehensive range of plumbing and gas fitting services across the greater Adelaide metropolitan area.

With more than 15 years’ experience behind us, our qualified plumbers and gas fitters are all highly skilled and we pride ourselves on providing honest, reliable and affordable service. We are always quick to respond, whether it is a major emergency or minor repairs, and our team of professional and qualified Adelaide plumbers are equipped to tackle both the biggest and smallest jobs. As part of our first-rate customer service, we make sure that we offer competitive prices and workmanship of the highest quality. You can count on Aquatek Plumbing and Gas.

We helped 4000 individuals and families. Join them.

Fantastic service over the long weekend. Aquatek came out to fix our broken basin tap which was fixed in half an hour of them arriving at an excellent price. Much cheaper, more efficient and with better service than other companies we have used previously. Highly recommended.

Lynda Sloan
They were prompt and even though I had to change the time they didn't drop the ball. Jake the plumber who attended was friendly and professional. Problem was fixed quickly with a minimum of fuss. Highly recommend this company.

Amy Marisa
Aquatek came and replaced all our gas pipings in our home. Was a big job that they completed with great speed and doubled checked over all their work as they went. They did above and beyond looking at our shower for us as we mentioned it had been playing up. They cleaned up after themselves and were very friendly and professional. Can’t recommend them enough.

Georgina Bell
We had Aquatek out today as we have been having water hammer noises in the roof. They found that we had high water pressure, installed a valve which lowered the pressure and now we have no loud noises from our pipes. Knowledgeable, efficient, friendly and fast service. Definitely will be using again.

Tanya S
Massive attention to detail. Jake checked everything with us while installing and moving the hot water service - he wanted to make sure everything was perfect. I haven't seen this quality of work from a tradie before. Thank you so much

Alex Brownwood
Jake and Luke were excellent at solving a significant problem and they did it with confidence, skill, and efficiency. I would highly recommend their services to other people and will definitely use their services in the future (in fact, I have already booked them to do more work next week).

Tracey Ann Rankin
Just had Jake and Luke from aquatek at residence to unblock our sewer. These young men arrived on time and got straight to work and couldn’t have been more thorough and professional, can’t praise these blokes enough and there rates are more than fair. I won’t be hesitating to call upon aquatek for my plumbing needs in the future. Honest professional fair thanks aquatek.

Christopher Allen
Thank you Jake and team, for solving our plumbing problem once again so promptly and professionally.

I can highly recommended Aquatek!

Patrick O'Rourke
Had Aquatek out to replace our hot water supply system. Called at 8.30 am and the job was completed by 5.30 pm. Excellent service . Excellent job done by Jake and Luke. Very pleased with how it all went.Can't fault the service.Highly recommend the company.Thank you Aquatek.

John Sloan
Thank you, Aquatek Plumbing for a very positive experience. The guy who serviced my hot water system was really knowledgeable and explained the job in detail to me. He was polite and cleaned up after. My hot water system is working excellent with the new part and I will use this company from now and I will recommend Aquatek to family and friends.

Sandy Hamilton
Very honest and great service. I would definitely recommend them, super professional and friendly

Deborah Bushell
Great service by Jake and Luke. They were friendly and took the time to explain things to me. They also brought other issues to my attention that if left unsolved could've turned into a massive and expensive fix later on. Aquatek also gives you an SMS notification of how far they are from arriving, which is fantastic.

we work with the best brands

We service all suburbs in Adelaide & provide a 24/7 emergency plumbing services. 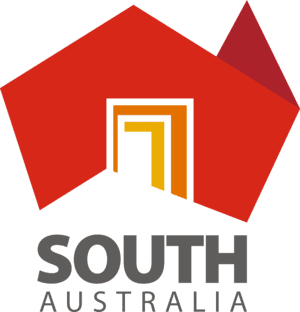 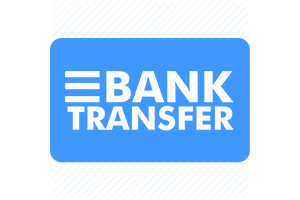